Blog
You are here: Home / Blog / News / It’s open enrollment: Are you or your loved one ready for rehab? 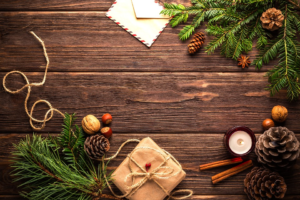 With the holidays upon us, you may be thinking now is the right time to sit down that special someone in your life who you have been watching slide down the slope. That alcoholic, that person addicted to heroin, that friend desperately unable to break free from meth addiction. Deciding to have that intervention is a great first step. But what happens once your special someone agrees to rehab? Before you decide to stage an intervention, make it easier by fully knowing your options first. By purchasing insurance for yourself or for your loved one during open enrollment period, either through the healthcare exchange or through your employer, you likely will have decent coverage for most residential rehab plans.

One of the biggest things that Obamacare did was to require mental health and substance use disorder treatment to be covered on parity with physical health. That means plans must cover therapy and counseling and inpatient drug and alcohol rehab. According to Healthcare.gov, it amounted for the largest national behavioral health expansion in a generation. If the person needing rehab already is insured, don’t think the march to recovery already has taken its first steps. There are a variety of centers out there. At many places, there are long waiting lists. So, plan ahead, and choose which rehab center you think seems most appropriate for you or your loved one. Visit several. Perhaps narrow it down to two or three from which your loved one can choose. Usually when someone becomes “rehab-ready,” so to speak (is willing to go into treatment), it’s because a crisis has just occurred. During these moments of crises, an addict or an alcoholic often will agree to go into rehab, but only if it happens immediately. Not having insurance when that time comes leads to much higher rehab costs. What’s more, finding a facility with an open bed at the last minute can be difficult, especially when you have not made prior contact.

Under Obamacare, a dependent living under their parent’s roof can be covered by their parent’s health insurance until age 26. This isn’t always the case, however. More on that in a second. In a 2006 article published in Health Services Research, scholars demonstrated that in California, substance abuse treatment has a repayment benefit to society. After analyzing data from more than 2,500 patients, the researchers showed a 7:1 cost benefit to society ratio. (1) The benefits to society were calculated based on lower crime rates reflected in available arrest data. The study even looked at residential treatment versus outpatient treatment costs and benefits. It concluded that while the outpatient treatment proved less effective at keeping people sober, it also cost loss. In the end, outpatient treatment actually had a higher net return to society per dollar spent for that reason.

When all is said and done, you may be in a situation where your loved one had health insurance through his or her work but stopped paying the premium. Indeed, they could be diverting that money to drugs or alcohol. You may want to consider talking to them about their health, irrespective of drug use, and the importance of having the insurance. It is very important to do this in an extremely non-judgmental and unsuspicious manner. If they insist they cannot afford health insurance, consider paying it for them if you feel you are able (directly of course…not by giving them the money). You could simply ask them for the premium notice or have them provide a number for their employer’s HR department.

Why choosing a treatment center carefully is so important

When searching for a treatment center, the most important thing to ask yourself is this: Does this place have a fair shot at getting my loved one well? It’s important to ask for this cold, hard fact: Rehab often fails. If it fails too many times, insurers will stop paying for it. In a 2015 NPR piece, reporter Ben Allen talked to people whose loved ones were turned down for rehab and ended up dead of a heroin overdose two weeks later. Deb Beck represents the Drug and Alcohol Services Providers of Pennsylvania. She said even with the parity law, rehab centers have to haggle with insurers all the time. “The whole thing about who is worthy to have insurance coverage gets tangled into it,” Beck said. “But if I had a heart problem, and I didn’t do everything I was supposed to do, I would not be denied coverage. In fact, if I got sicker, you would increase the coverage for me.” (2)

The good news is that most treatment centers have insurance specialists skilled at handling all that red tape for you. One of the biggest reasons for getting insurance for your loved one before choosing a treatment center is to make sure your plan and your treatment center of choice match up. Under the Affordable Care Act, insurers can’t jack up premiums or co-pays on substance use disorder treatment. Addiction and rehab must be treated just the same as any physical ailment and its corresponding treatment. But that’s easier said than done, according to Clare Krusing of America’s Health Insurance Plans. She told NPR, “When you’re comparing those treatment plans, it’s essentially comparing apples and oranges. And that’s an inherent challenge for health plans, and for their patients and providers.”

Plans differ wildly from state to state, from high-quality coverage with low premiums to high-premium coverage that doesn’t offer much. For the most part, fewer and fewer plans are being offered as more and more carriers leave the exchange. The Trump administration has axed the subsidiary given to Americans buying health insurance off the exchange in order to pay for ambitious tax cuts. Whether a person is a fan of the Affordable Care Act or not, it made drug addiction and alcohol treatment available to millions of people. The Republican plan to replace it earlier this year would have “stranded drug addicts without access to care,” according to Vox.

In the piece by German Lopez, Richard Frank, a health economist at Harvard, is quoted as saying “Over the last 60 years, 70 years, or so, insurers have scrupulously avoided enrolling people with mental health and addictions as much as possible. That’s because they are more complicated and expensive to treat. And they did so by offering either no coverage or limited coverage.” (3) In such times of uncertainty, having a plan to get your loved one off of drugs and alcohol forever needs to be a top priority. It begins with making sure that person is insured, and then selecting a treatment center.

Not into the 12 steps but looking to stay sober? Here’s what to try next
Scroll to top