Blog
You are here: Home / Blog / Recovery / Theories on Addiction

The theories of addiction are a bold attempt that let people unify their understanding of human behavior and pathological refraction. Reviews have already been presented about the existing theories on addiction. With these reviews and shares of point of views, people have already been divided about the theories of addiction. Some people believe that it is a disease while some believe it to be just a consequence of poor choice. 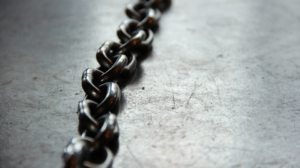 Point of View: It is a Disease

The theory that addiction to alcohol or drugs is a disease is no longer a new concept. In 1784, Dr. Rush already initiated that this condition is a disease. Requiring it to be treated by doctors and physicians. Nevertheless, the theory did not get much attention until Alcoholics Anonymous was established in 1930. Even during the olden days, before the disease theory became popular, society was prejudiced against people who were addicted to drugs and alcohol. Addicts were looked down upon. They were thought to have a lack of morality and discipline. They were presumed to be people who were only after pleasure without regard to other people. Addicts were also viewed as people with deficiencies in their character.

It was then that the theory of addiction being seen as a disease came up. This is exactly the same as diabetes, tuberculosis and Alzheimer’s disease. It helped to say that those who were suffering from addiction were not bad people. They were sick and needed help. With this theory, the public became less judgmental and less critical of those who were addicted.  It was not welcoming to hear that you were afflicted by a disease. But this was a lot better than being regarded as self-centered or immoral. The concept was embraced by almost everyone. The popularity of this theory, led people to explore more into addiction. They were better able to understand the changes that occur in the brain and that are brought on by chemical dependency. When all these physical changes that occur, it can be said that addiction is a disease.

Moreover, Dr. Benjamin Rush believed that addiction is a disease. In his struggle, it was twenty-eight years ago that he went to his first AA meeting. According to him, addiction is surely a disease. He drank and it was who he was. The fun and excitement just stopped along the way. He tried every means he knew of to control his drinking habits. Throughout that struggle he experienced failure after failure to stop drinking. It was not until he asked for assistance from a recovery treatment center that he realized with help he could achieve sobriety. He believed that addiction was just the same as a disease like cancer or diabetes. It was caused by a combination of factors and issues, including predisposition. Studies have also shown that ten percent of the population is predisposed to addiction.

In the year of 1950, the medical field already increased their support for the theory that addiction is a disease. The AMA, the APHA and the ASAM also pushed their position regarding addiction as a disease in both their treatment methods and definitions. In the past few years, psychology, pharmacology and neuroscience have concentrated more on gaining understanding of the physical side of addiction. The American Board of Medical Specialties even recognized another field, called Addiction Medicine.

Point of View: It is a Choice

There are some people who still believe that addiction is actually the result of a poor choice. To understand it clearly, addiction is a behavior and that behavior is a choice. An addict has all the reasons to start using and to start quitting. When one acts purely based on reason, it can be considered as a choice. Addicts are not simply mindless zombies who aim to find drugs at the expense of all else. Many of them are able to go through detox and get sober. They can make the decision to keep away from those situations that will trigger them. Recovering addicts can also enlist the support of their family and friends for them to get through the rough times.

Some people believe that once the brain has gone through a profound change after years of abuse substance, an addict could still be determined and motivated to stop it. This is also even after a short time. In a study conducted by a research group from Hart, it explains that addicts want to recover because of one important goal. For instance, physicians who were told to stop their addiction do so. If not, they will lose their medical licenses. The study uses an incentivizing process that is essential in support and recovery. The brain of an addict has already been chemically and physically altered by drug abuse over a long term period. But, they still have the ability to overcome and make a different choice. Thousands of addicts having proven this.

Some believe that addicts still have a choice to stick to their addiction or to choose a healthier and better life for themselves. There just are not many addicts that know this. It then becomes the job of trusted professionals, loved ones, friends, and employers that will guide the addicts to change for an improved and better life. The people who believe addiction is a choice argue that if it is a real disease, some of your body parts would be in a state of abnormal physiological functioning causing undesirable symptoms to occur. For instance, in cancer, it is the mutated cells that are the evidence of physiological abnormality. The low production of insulin cells is also the culprit to diabetes. And, those who have diseases cannot stop all their symptoms on their own. They also could not stop certain abnormal and physiological functioning that only creates the symptoms. In this regard, they could only stop the abnormality by way of medical treatment.

With regard to addiction, there is no such thing as physiological malfunction. Addiction is described as a chronic relapsing disease and is characterized by a compulsive drug use. Addiction is a choice because of the inability to quit despite the negative consequences. When an addict comes into addiction treatment no one is physically treating or healing their brain. There is medication involved in some cases, but that is simply to provide comfort measures. These addicts were ordered by the court to engage in a treatment program. These programs consist of individual counseling, group counseling, and many with with twelve-step attendance.

Gene Heyman is the author of the book “Addiction: A Disorder of Choice”. In the study presented in the book, it went back to cocaine abusers that were given conventional addiction counseling. They were offered vouchers that could be traded in for rewards like sports equipment or movie tickets. As long as they could prove their abstinence from drug use, through urine tests, they could get all these incentives. In the study, seventy percent of those who were under the program remained abstinent where as twenty percent stayed in the control group. This demonstrates that substance abuse is not involuntary or compulsive. It is actually a choice. After they were presented with a rewarding alternative to drug or alcohol abstinence, they chose to stop it. There were follow up studies that showed how this led to changes in a long-term period.  After a year of following the program, the patients doubled their success rate. Whatever it was they were filling their time with was working. The were able to replace their old bad habits with new, health habits.

In this study there was no evidence that substance or alcohol use is uncontrollable. The subjective report is that drug users cannot stop. The treatment professionals would also insist that the behavior is compulsive because of brain changes. Nevertheless, the promise of giving them an incentive is just enough to increase the success rate of traditional addiction counseling. Some people truly believe that addicts can control their urges. They only relied on substance to feel happiness. When they were introduced to other sources for happiness, they were more likely to choose these options. In the long run, they will stay sober and can practice self-regulation and self-control.

So there you have it. The two theories on Addiction.